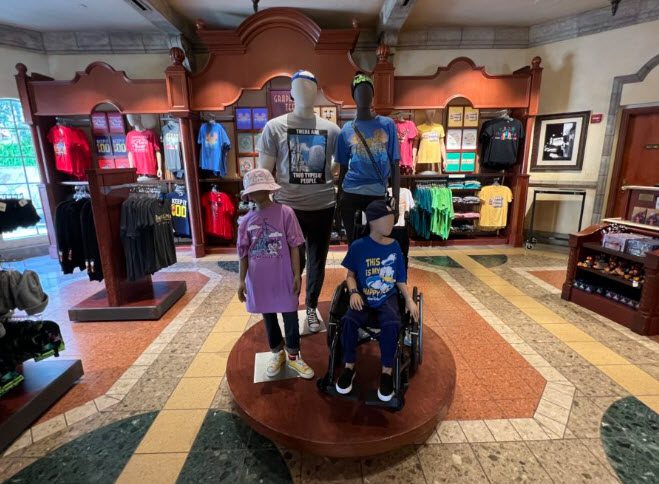 A mannequin in a wheelchair is now on display in the Once Upon a Time store at Disney’s Hollywood Studios.

In the past few years, as part of their Reimagine Tomorrow initiative and Inclusion key, Disney has been making a more active effort to be inclusive of people of color, LGBTQIA+ people, people with disabilities, and other minorities often overlooked. The holiday overlay of “it’s a small world” at Disneyland debuted two dolls in wheelchairs, and similar dolls are coming soon to the attraction in Magic Kingdom and Disneyland Paris. A mannequin in a wheelchair and another with a cochlear implant were added to Creations Shop in EPCOT. The Santa Claus meet-and-greet at EPCOT this past holiday season also had a wheelchair-accessible sleigh.